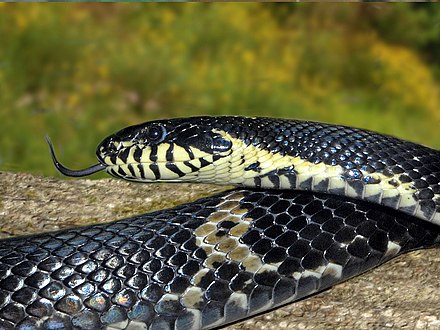 The species is endemic to Northeast Asia (China, Korea, Russia, Mongolia). It occurs in Russia and China, to the east to Chabarowsk in the Amur region, west to the Chingan mountains, and north to Manchuria (Northeastern China). The common name, Russian rat snake, is misleading as only a small portion of the geographic range of E. schrenckii is in Russia. It has been reported from Chinese provinces of Jilin, Heilongjian, and the Quingyuan area of Liaoning. (Ji Daming e.a., 1985).

In the Netherlands the species occurs as an exotic around Groningen airport near Eelde, where it was first seen in the mid nineteen nineties. Reportedly, pet snakes were released into the wild by someone who did not expect that they would survive the winter, but the snakes were hardier than expected, bred and the species is now gradually increase its range. [Credit: Wikipedia]