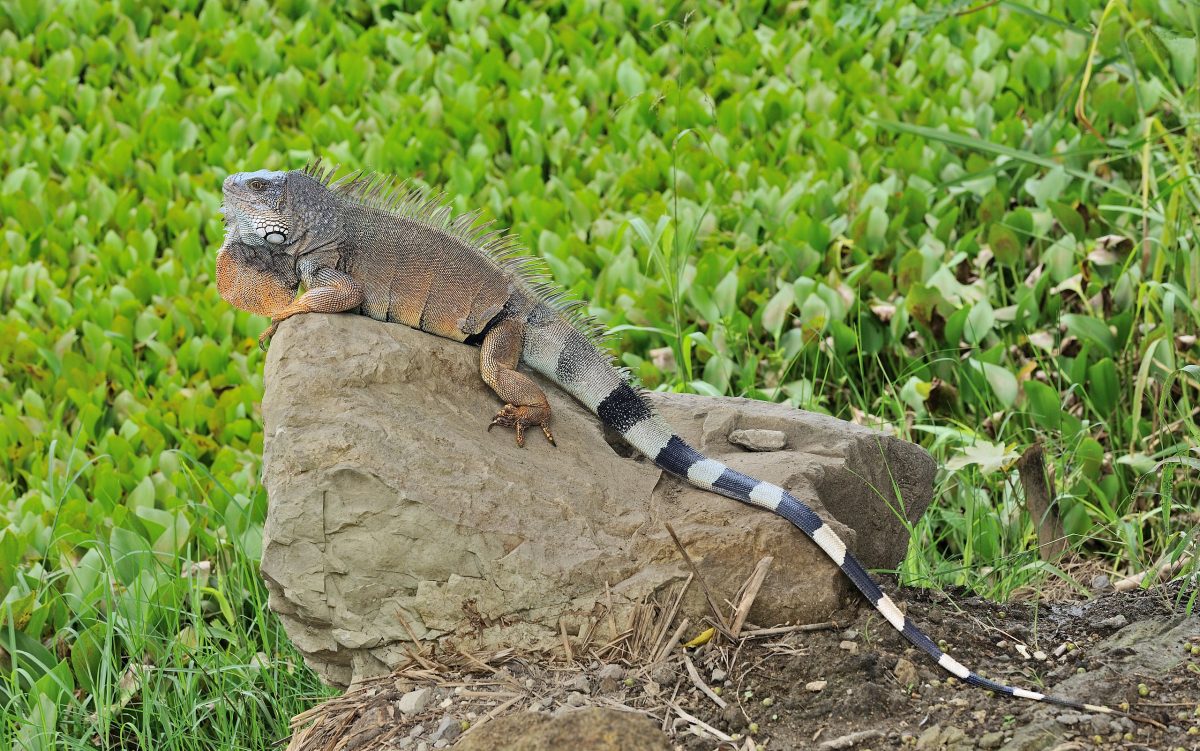 The green iguana (Iguana iguana), also known as the American iguana, is a large, arboreal, mostly herbivorous species of lizard of the genus Iguana. Usually, this animal is simply called the iguana. The green iguana ranges over a large geographic area; it is native from southern Brazil and Paraguay as far north as Mexico and the Caribbean islands, and have been introduced from South America to Puerto Rico and are very common throughout the island, where they are colloquially known as gallina de palo (“bamboo chicken” or “chicken of the trees”) and considered an invasive species; in the United States, feral populations also exist in South Florida (including the Florida Keys), Hawaii, the U.S. Virgin Islands and the Rio Grande Valley of Texas.

A herbivore, it has adapted significantly with regard to locomotion and osmoregulation as a result of its diet. It grows to 1.5 metres (4.9 ft) in length from head to tail, although a few specimens have grown more than 2 metres (6.6 ft) with bodyweights upward of 20 pounds (9.1 kg).

Commonly found in captivity as a pet due to its calm disposition and bright colors, it can be very demanding to care for properly. Space requirements and the need for special lighting and heat can prove challenging to the hobbyist. [Credit: Wikipedia]