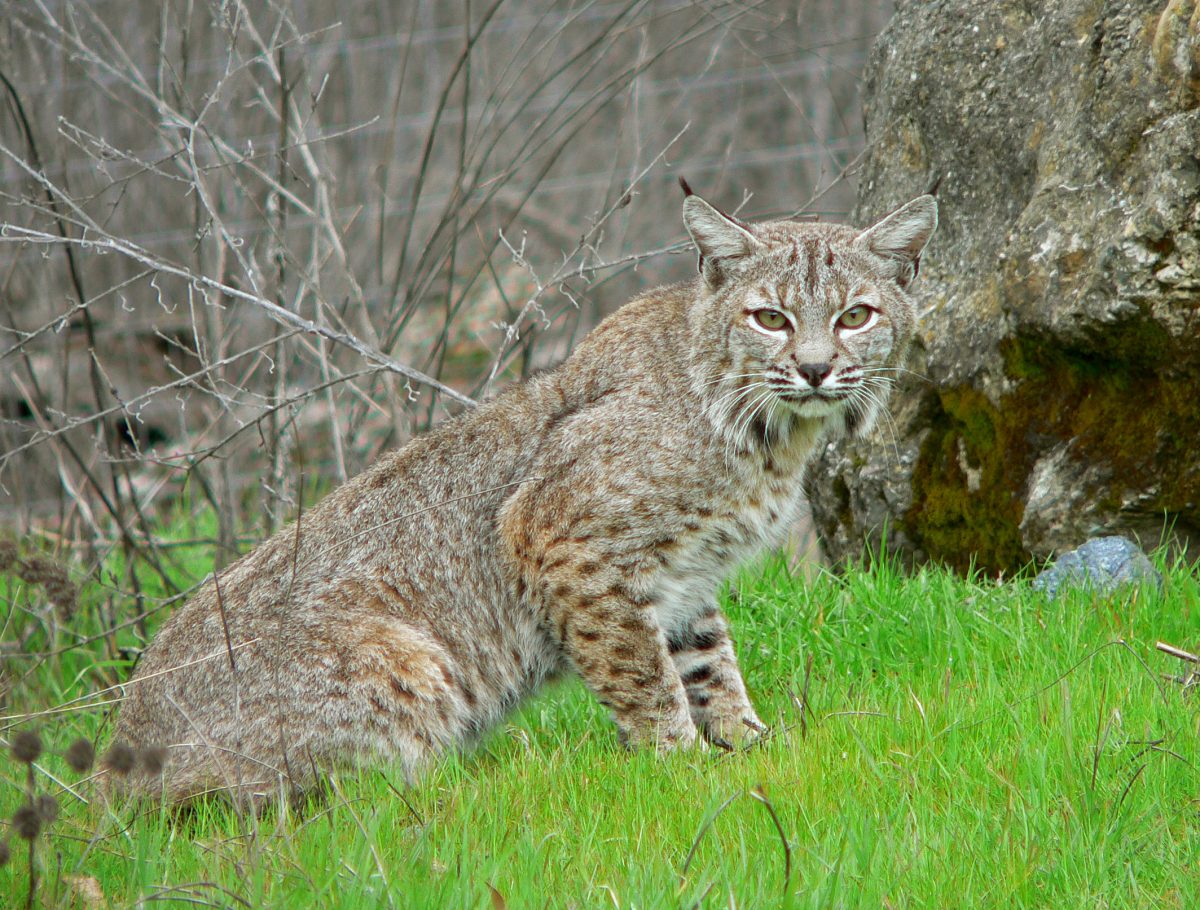 The bobcat (Lynx rufus) is a medium-sized North American cat that first appeared during the Irvingtonian stage around 1.8 million years ago (AEO). Containing two recognized subspecies, it ranges from southern Canada to central Mexico, including most of the contiguous United States. The bobcat is an adaptable predator that inhabits wooded areas, as well as semidesert, urban edge, forest edge, and swampland environments. It remains in some of its original range, but populations are vulnerable to local extinction (“extirpation”) by coyotes and domestic animals. With a gray to brown coat, whiskered face, and black-tufted ears, the bobcat resembles the other species of the midsized genus Lynx. It is smaller on average than the Canada lynx, with which it shares parts of its range, but is about twice as large as the domestic cat. It has distinctive black bars on its forelegs and a black-tipped, stubby (or “bobbed”) tail, from which it derives its name.[Credit: Wikipedia]